I locked up the health office and then proceeded upstairs to my room. My three kids were getting ready for the camp fire. Anita had their clothes lined up for them; hats, long pants, long sleeved t-shirts, socks and running shoes. Good thinking! With 90 people gathered around a camp fire we would be an “all you can eat buffet” for the local mosquito population. So the name of the game was to reduce your skin exposure! There is nothing worse than being plagued for 72 hours (or more), day and night, by itchy mosquito bites!

I thanked Anita for her help and then I quickly got changed too. I found my ghost story book and flipped it open to the marked page, sat down on the bunk bed and I briefly reviewed it as my son wrestled his clothes on. It wasn’t too long before the girls burst into my room, fully dressed and ready to get down to the beach. I located our mosquito spray and tucked it in my back pocket.

“OK you guys. Let’s go to the deck and get ourselves covered in bug spray!”

We hustled down the stairs and out onto the wrap around deck. I had the kids stand down wind and had them cover their faces with their hands as I spritzed their necks and ears with the spray. I just used the “Avon Skin-So-Soft” which I think has proven to be completely useless but, hey, it made me feel like I was doing something good for my kids and I didn’t want to cover ’em in DEET! Besides, I have a personal opinion that most bug sprays ARE about 90% useless (and some of them may actually be harmful). Now, smelling perfectly ‘old lady fabulous’ we proceeded down the stairs and joined the throngs headed towards the beach. And, indeed, the rest of the crew stunk to high heaven of Deep Woods OFF. Aside from the fumes, the excitement was also palpable and so was my tachycardic pulse! I was nervous! I grabbed my son’s hand in an effort to calm myself. He looked up at me and smiled. That helped…a bit. 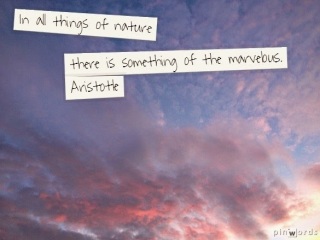 We came through the entrance of the beach and were greeted by an absolutely gorgeous sunset that was not lost on the campers.

Their awe made me smile. That was one of the most striking things about camp. These city boys could still be awed by nature. “Disconnect to reconnect” as they say….That was so encouraging and so hopeful. We were instilling a whole new generation of kids with a love and respect for the environment and nature. Living in the midst of this forest, all of the outdoor instructions at camp and their major efforts at recycling spoke to this respect and love of the earth.

The beach was set up for an evening of ‘old school’ entertainment. A huge fire was starting to really catch fire in the middle of the beach. Rocks had been set around the circumference of the pit. It was a good five feet wide and three feet tall. Will and Shawn were tending to the fire. The campers began to sit down all around the fire pit. I found a spot on the outer edge of the campers and had my three kids sit beside me. My son’s eyes were saucer-like, taking it all in. Everyone was pretty excited and talkative but it didn’t take long to settle the group down when Shawn stood up and raised his hand high in the air.

“Welcome everyone to our Annual Camp Acorn Camp Fire, 1998 edition!” And with that the crowd went wild!

“We have a great evening lined up for you tonight! We will sing some songs, we will hear some jokes, and we will have some stories.” Shawn walked the perimeter of the fire, looking out into the crowd of campers as he spoke above the sizzling pops and crackles of the fire.

“So without further ado, we have Bobbo who is going to teach you a classic camp fire song called ‘Fire’s burning!'”

Bobbo, carrying a guitar high over his head, stepped through the crowd and sat down close to the fire on a tree stump. He strummed his guitar a few times and the campers fell into a hush.

“OK, so, most of you guys know this song, but for those of you who don’t…I’m gonna sing it now. Try to learn the words, OK?”

Bobbo started playing the familiar tune on his guitar and sang with an impressive baritone voice.

Bobbo repeated it and by the third time, all the campers pretty much had the lyrics nailed down.

“It means twilight. You know, as the sun goes down.” She nodded her understanding as she looked to the west.

Bobbo got up and divided the circle of campers into four groups to get a four part round going. The results? Well…they were nothing short of spectacular.

As we all sang, I looked around the campfire at the faces of all campers, still visible as the last rays of sun began to fall behind the tree tops. Here we all were, gathered, in the gloaming, singing and being merry! How cool was that?